Indian Red Cross Society is a Voluntary Organization serving for the poor and down trodden. The Society is not receiving any funds either from Central or State Government. The only source of Income to Red Cross District Branch Kakinada is by way of Membership Subscriptions and by raising donations from the public and Philanthropic Institutions.

Running a Red Cross Residential Boys High School for Orthopedically Handicapped with free Boarding and Lodging, Dresses and free supply of textbooks and stationery from 1st to 10th classes.
Our Red Cross Society has Constructed a Permanent school building at Pratap Nagar Kakinada at an estimated cost of Rs. 30.40 Lakhs for the above Orthopedically Handicapped students and the same building was inaugurated by H. E. Sri SURGIT SINGH BURNALA the then Governor of Andhra Pradesh on 8-9-2003.The O.H. School is being maintained with 90% grant-in-aid released by the Ministry of Social Justice & Empowerment New Delhi and 10% with the Red Cross funds. At Present the Strength of the student boarders are 43 (2015-2016).
Our Red Cross O.H.School was started in the year 1993 having our own two floor building which can easily accommodate up to 80 children.
We were able to increase the strength from 34 children to 58 in the year 2017. 4 of our Alumni got Government jobs.
Our Students are participating in various sports and cultural Competitions and are winning Medals regularly.
Contact Person : Mr. Srinivasa Rao (warden), Cell : 7989311367 , 08842371409 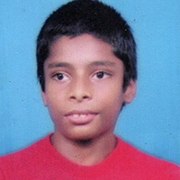 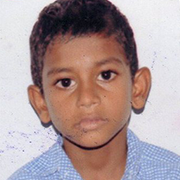 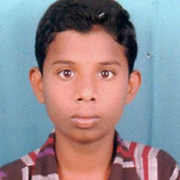 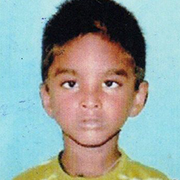 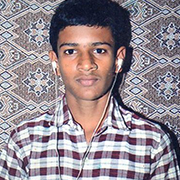 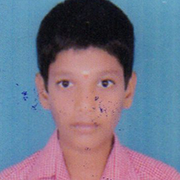 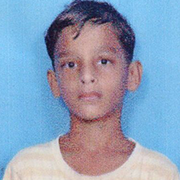 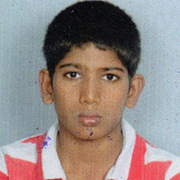 The Red Cross Dist.Branch, Kakinada has started a Blood Bank by constructing additional Floor over the Existing Red Cross Hospital Building Incurring an amount of Rs. 14.02 lakhs. The same Building was inaugurated by H.E. Sri.SURGUT SINGH BURNAL the then Governor of Andhra Pradesh on 8-09-2003. It is equipped with modern equipment and with well-experienced Doctor and Technical Staff for supply of Blood to needy patients and also established blood components Process Unit in Red Cross Building, Gandhi Nagar, Kakinada incurring an amount of Rs.13,88,818 for the purchase of equipment etc., It was inaugurated by H.E. The Governor of A.P.Sri N.D.TIWARI, on 23-11-07 and it now functioning.
Contact : 0884 – 2385800
Voluntary Blood Donor Registration Form

municipal Corporation Limits of Kakinada city for the use of public at Raja Tank area with an estimated cost of Rs 24.17 lakhs from Red Cross Funds. The foundation stone was laid down by H.E. Sri SUSEL KUMAR SHINDE the then Governor of A.P on 11/3/2005 and the same was inaugurated by H.E. Sri N.D. TIWARI the then Governor of A.P on 23-11-2007.
A qualified Yoga Instructor was appointed and Yoga classes were also started in Two shifts i.e. from 5-30 am to 6-30 am, and 6-00pm to 7-00 pm. There is good response from the public.
Our Red Cross yoga centre was started in the year 2005.Yoga classes are being conducted in two shifts with 5 classes in the morning and evening regularly. Around 50 to 100 members are practicing yoga on regular basis. There is good response from the public. Apart from yoga classes several Health & Yoga related programs are being conducted in the centre.
Contact Person : Instructor : 9701415509

The Indian Redcross Society, East Godavari District Branch Kakinada has constructed a “REDCROSS HOME FOR SENIOR CITIZENS”, in the year 2010 at santosh nagar of vakalpudi village of kakinada Rural mandal with 4 double rooms, two dormitories, one dining hall one kitchen, office room with spacious varandah with good ventilation and also having good open place with lawn surrounded by compound wall.  It is built in pleasant village atmosphere for 23 senior citizens. At present 15 residents are living in home, we are proposing to construct 1st floor on present building with 10 rooms with 1 dormitory to accomodate another 2o senior citizens.

There was a heavy flood in the state of Ohio in America. To help the flood victims, six children gathered together, collected money, and sent this to Mrs. Clara Burton, who was the founder of Red Cross in America. Along with Red Cross contribution, she gave this money, to a poor widow who lost all her belonging in the flood. The poor widow constructed a small hut with the help of this money and there was a board in front of her house, as “Little six Red Cross Landing”.

During the Boer War (1899-1902) the youth in Canada formed a group, collected money and sent it to the Red Cross. During this war, Father of our Nation, Mahatma Gandhi served as a Red Cross Volunteer when he was in South Africa.
It was in the province of Quebec in Canada in the year 1914 children participated in Red Cross work by making bandages, dressings etc. for soliders. By 1915 the movement has begun to spread to Europe. America made the largest contribution by organizing school children for Red Cross activities.

Growth in India
Junior Red Cross groups were first organized in 1926 in Punjab and was followed by other states. JRC Objectives:
Promotion of Health, Service to Others, International Friendship

The normal uniform prescribed for girls/Counselor of JRC is:

JRC Pledge : “I pledge myself to care for my own health and that of others, to help the sick and suffering, especially children and to look upon other children all over the world as my friends.”

Motto of JRC : “I serve” This motto should be displayed at some catchy place in the schools along with Red Cross emblem

Red Cross Flag :
Red Cross Flags in correct dimensions, at least two in number should be in the possession of the school JRC executive committee and its counselor(s). The flag should be unfurled at JRC meetings and functions. The Red Cross Emblem may be made by making four squares on all sides of a central square.
Flag Length – 122 Cms. – Width – 184 Cms. (White Background Red Emblem Blue Letters)

Definition: The shall be called Youth Red Cross (AP) Rules, 2001
Commencement: This has come into force from 26th June 2001, the date on which it obtained the assent of the President, Indian Red Cross Society, AP – State Branch.
Jurisdiction: Secondary school (both Govt. and Private) where provision exists for imparting education in +2 classes and above (i.e.. above the high school standard), and in the vocational. Professional/technical institutions under the purview of the department of higher education and technical education affiliated to different universities and councils and allied departments for imparting higher studies in the State of A.P. The Youth Red Cross (AP) shall seek necessary cooperation from the department of higher education, technical education, and universities of AP as and when necessary.
The AIMS OF YRC are:

Motto To Sreve
Objectives :
The objectives of Youth Red Cross (AP) shall be to train the youth, in the fundamental principles of the Red Cross. Keeping this in view the YRC Shall endeavor as follows for.

Pledge : “As a member of Youth Red Cross I promise to serve, to work loyally for the promotion of health and relief of suffering and distress, wherever I may find it, and to hold in friendship boys and girls of all nations.”
Pledge Position :
The YRC Volunteers/Program Officers shall take the YRC Pledge in attention position with the right palm up to the elbow remaining in ‘V’ position with the arm downwards. The palm must be facing flat frontward fingers closed.
YRC College working Committee :
There shall be a Working Committee of the Youth Red Cross at the college level. It shall comprise of the following :
Chairman : The Principal
Secretary : The YRC Program Officer
Members :
Student Members : Two YRC Volunteers(one boy and one girl in case of institutions where co-education is in practice nominated by Principal.
YRC Program Office :
A Lecturer/reader in charge of NSS/NCC, enthusiastic and committed to the service of the needy should be appointed as the Youth Red Cross counselor of the college for a maximum period of five years only. Preference should be given to those lectures, who have received Program officers training, training in first aid, disaster management, Braille etc., has gained experience in organization of blood donation/grouping camps etc. in the appointment of YRC Program Officers in a College.
YRC Lady Program Officer :
In case of college where girls are recruited as YRC Program Officer shall be appointed as YRC Lady Program Officer who shall remain in charge of the girl participants.
YRC Fund :
Each college shall have a fund called YRC fund.
YRC Fee: The Principal of the College shall collect from every student a uniform YRC fee of Rs.10/-(or as would be fixed by the YRC hdqrs from time to time with the approval of the State Govt at the time of admission every year).
GOVERNMENT OF ANDHRA PRADESH
Old Age Home Application Download

Goal & objectives of the Community Based Disaster Risk Reduction program:

Goal: “Communities have capacities and resilience to cope with impending disasters and to reduce the impacts.”

A CBDRR is a process in which at-risk communities are actively engaged in the (a) risk identification,(b) risk analysis, (c)risk treatment, (d) monitoring and evaluation of disaster risks in order to reduce their vulnerabilities and enhance their capacities.

Trainings to be conducted :

The CBDRR Program implementing in 12 Districts under the Control 4 Regional Centers. The overall control will be done by State Red Cross Team Consisting with State Coordinator, State Filed Officer and State Accountant under the leadership of Hon. Chairman of State Red Cross with the financial support of Candian Red Cross.

The following are the Region wise details of District where the program will be implemented.

Distributed relief Material to fire victims around the District.

INDIAN REDCROSS SOCIETY EMPOWERING WOMEN IN DIFFERENT TYPES OF SECTORS AND AIMS TO  MAKE WOMEN EMPLOYABLE WITH THEIR OWN EMPLOYABILITY SKILLS.

Our Atmabandhu Service is popular in kakinada for carrying dead bodies to burial grounds and this is a free service to society.
contactnumber: 7730005596

The Management of Green

Field Residential School For Blind Children which is located in Thimmapuram village of Kakinada rural Mandal was handed over to IRCS ,East Godavari District Branch on 09-12-2016.Now 42 visually impaired Boys and Girls are studying in this Residential School having its own 3 floor building.

IN THE YEAR 2017 WE HAVE CONDUCTED FIRST AID TRAININGS ON COORDINATION WITH ANDHRAPRADESH YOUTH WELFARE DEPARTMENT. WE HAVE TRAINED 902 STUDENTS/NON STUDENTS YOUTH IN 17 PROGRAMS AROUND DISTRICT TARGET OF680

Thalassemia Care Unit for free Transfusion of Blood  to Thalassemia &sickle cell patients was started on 25/3/17. 102 patients are registered with our unit and every week we are providing free transfusion of around 30 units of blood for patients.
Copyright 2017 Indian Red Cross Society | All Rights Reserved